Version Femina : The clothes to help the sick and the carers 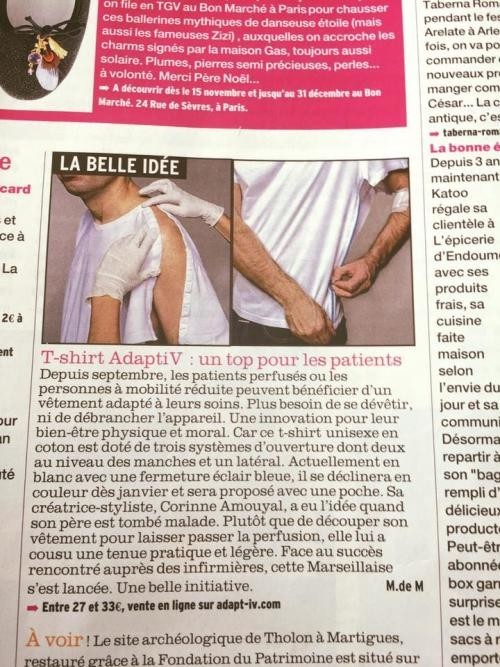 T-shirt ADAPTIV: a Top for patients

"Since September, perfused patients or disabled people can benefit from a garment adapted to their care. No need to strip or unplugging. An innovation for their physical and moral well-being because it does shirt Unisex cotton has three opening systems including two on the sleeves and a latérlal. Currently in white with a blue zipper, it will be available in color in January and will be available from January with a pocket. His creative stylist Corinne Amouyal got the idea when her father fell ill. Rather than cut his cloak to let the infusion, she sewed her a practical and light hold. Given the success met with nurses that has Marseillaise launched. "